Analyzing the interesting life and Inner Turmoil of Conjoined twins Abby and Brittany Hensel. Do they have 1 soul or 2 souls?

Do Abigail and Brittany Hensel have two hearts – Anatomy

Abigail Loraine Hensel and Brittany Lee Hensel, born in 1990 in Minnesota, U.S. are conjoined twins. They have a single body but both have a separate heart, stomach, spine, pair of lungs, and spinal cord. Abby Brittany shares reproductive organs and each twin controls one arm and one leg. They can eat, talk and write separately and simultaneously but activities such as running, swimming, hair brushing, and driving a car require coordinated action.

Are Abby and Brittany Hensel separated?

At their birth, the twin’s parents decided not to attempt surgical separation after hearing from doctors that it was unlikely that both would survive the operation. As the twins grew and learned to walk and develop other skills, their parents confirmed their decision against separation. They argued that the quality of life for the surviving twin or twins living separately would be less than their quality of life as conjoined people. Now they themselves can’t think to live without each other.

Abby Brittany Hensel works as a teacher at a children’s school in New Brighton, MN. However, they get one salary as only one can teach at a time. They both passed their driving license exams separately, though driving is a coordinated activity. They had to take the test twice, once for each twin because each one has control of one hand & one leg.

Abby controls the devices on the right of the driver’s seat & Brittany, those on the left. Together they control the steering wheel. They both have very different personalities and tastes. They work hard to coordinate with one another but still enjoy activities like anyone else does.

The love life of Abby and Brittany Hensel

People have queries about Abby Brittany Hensel’s dating life but I don’t want to disturb their privacy. However, it’s a natural question that if one of them is kissed then what type of emotions will flow in another twin? It’s quite possible that it may be fun at the initial stage but later jealousy is sure to arise. As much part of their body is common & emotions have an effect on the entire body, so things may get complicated…

They also want to get loved like other girls or human beings but their situation is quite complex. They both have to approve their love partner to get really intimate!

Did Abby & Brittany Hensel get married?

To date, no information is available about the marriage of the Hensel twins. A lot of people are interested in the psychological aspect of this event because in this activity their hearts, mind, and full body, all would be involved. It will really be a typical case study. If one of them loves or decides to have sex, the half-body is common then what about the consent of the other twin? Life has really given them a very tough test.

Analyzing the inner turmoil of Abby and Brittany Hensel

People feel strange when they find they are like a celebrity for no reason since birth. Further, everybody feels that their body is strange while they feel normal with themselves. Imagine if during the whole day your every movement is being watched or media glare without doing anything big or unusual!

Life is like that for them because they are born with this celebrity or strange (for others) status. They also must be thinking that how others manage to live their life single-handedly. Or in their opinion, others must be feeling alone because they are not two people together. With different hearts & minds, they must be having differences between each other also. But, they must be knowing that they have to live with each other forever.

Some star kids also face such situations of being celebrities for no reason, getting media glare & strangers’ love/hatred. However, their situation is different because people must be asking them such questions – the answers to which they themselves may not be knowing because they don’t know how others live.

What happens if 1 of the conjoined twins dies?

Since usually in such cases, as they share vital organs, it becomes nearly impossible for the other twin to survive afterwards. History is full of such cases where after the death of 1 twin, another twin also leaves the body in a very short span. According to Dr Eric Stauch, when the heart of one of the twins stops, they will lose blood in the living twin.

You may like to read – A Feral girl raised by Dogs

There are only a few hours to save the living twin with surgery. This means they would need to be in the hospital prior to the loss with a team of surgeons ready. Separation surgeries usually take more than 10 hours, so even that would likely not save the living twin. Further, this must be considered that had it been possible to separate them earlier than most probably it would have been done earlier.

Do the Hensel twins have one soul or two souls?

There are so many typical questions, like who decides when to rest, when to sleep, or say when to go to the toilets! Or what one feels when another one is talking about her. However, they were born and grew up with this complexity and all this is THEIR NORMAL. They must not be thinking of themselves as ME but WE in most matters.

They both live in one body but if we analyze the situation from a spiritual angle a question comes to the mind – are they two souls or one soul only? I personally feel since they have 2 spines & 2 hearts (& yes 2 minds also) they are 2 souls conjoined in one body.

BUY ME A COFFEE – These little contributions keep me motivated to write more such stories! 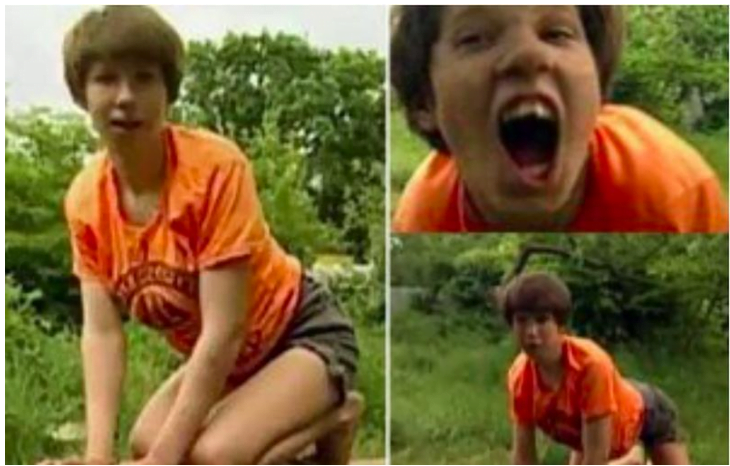